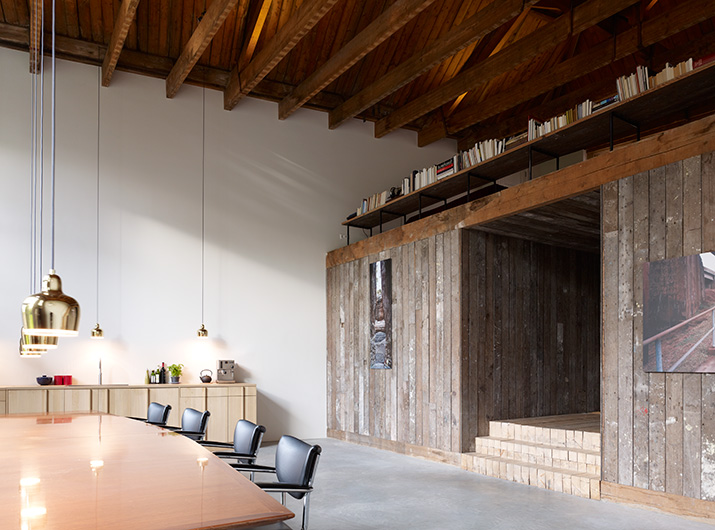 in a rotterdam suburb there is a former bible school, now converted into a studio apartment. a structure containing the bathroom and guest bedroom has been placed in the room. it is clad in reclaimed and treated ceiling beams. on top of the structure is the place for sleeping and storing books. the core of the house is the large, central table. suspended above this living room and diner with built-in kitchen are the open timber frame beams. a project: compact and refined – and already, just after completion, published in the dutch architectural almanac. 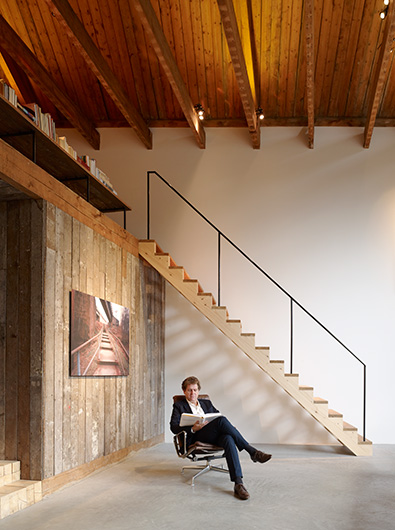 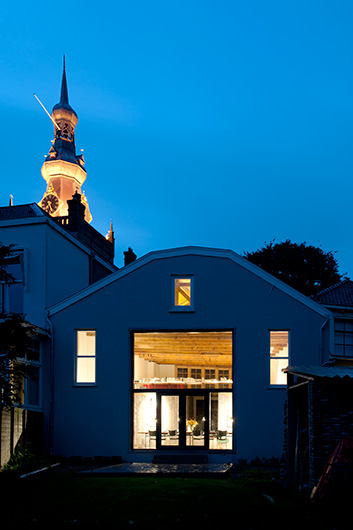 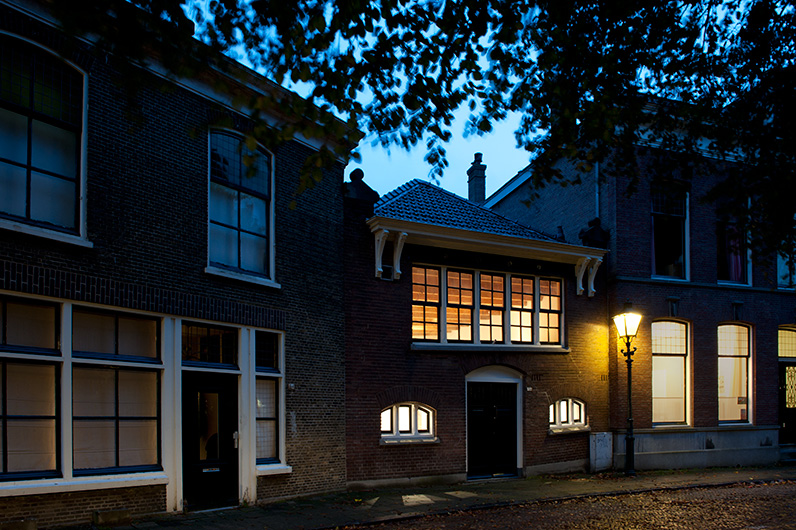