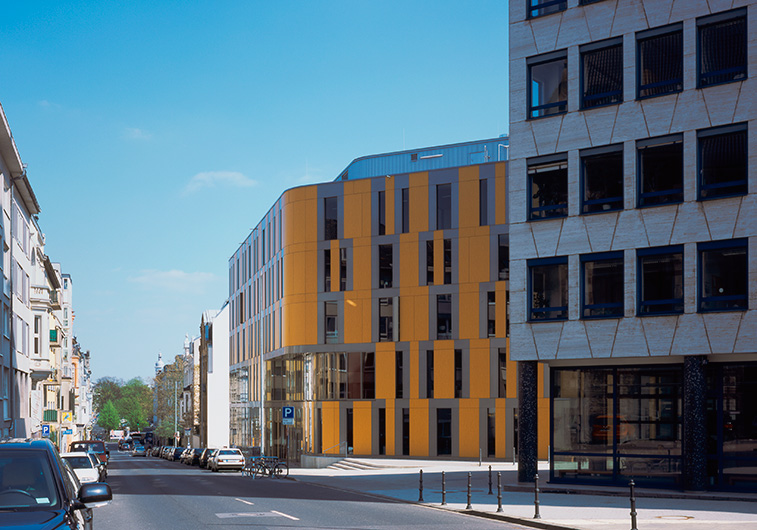 for the triangular shaped site in the city of aachen an urban concept was developed that strengthens the specific location through an own, special identity. the existing county administration building is accepted in its own architectural and formal language. together with the monument-protected relics of the adjacent urban block the stylistic idiom of the new building integrates it. within the public area, the solitair is placed as an island and creates a coherent open space with a strong permeability. the building’s energy performance is according to german low energy standard. component part activation as well as smart cooling concepts like night ventilation are considered. 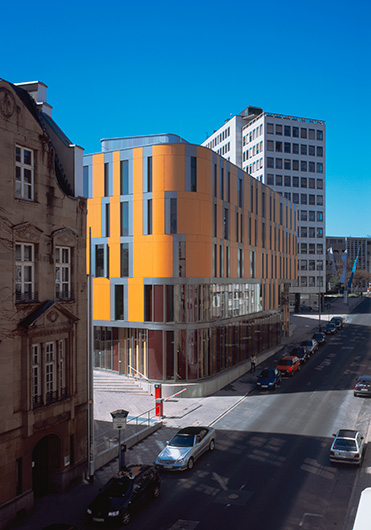 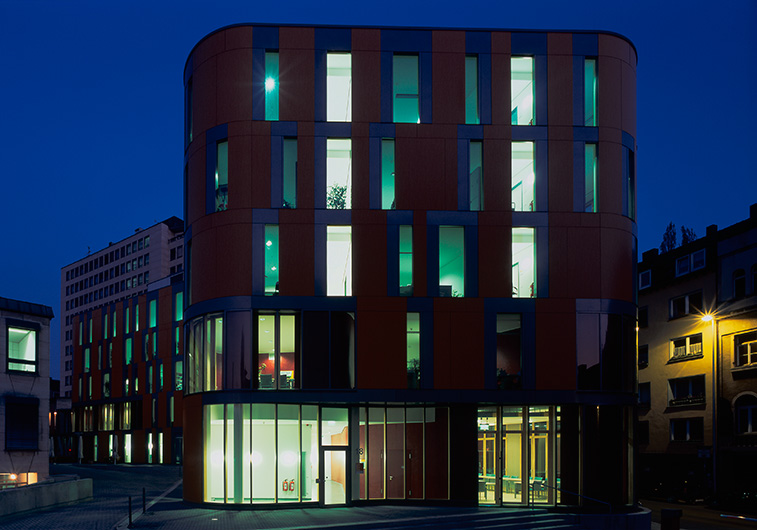